Family History, Succession in the Monarchy and Christmas 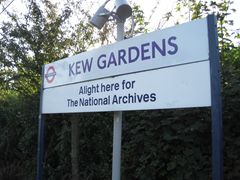 The kinds of experiences we have while helping our patrons at The National Archives search out their ancestors are always interesting. Here’s a sampling of some experiences from the past couple of weeks:

A couple were searching for an ancestor who had served in the British army in Gibraltar. We have a microfilm showing the 1911 census in Gibraltar. The couple had actually traveled to Gibraltar to do family history research. They were able to view some records we hold at our Centre that they could not find in Gibraltar.

I was doing scans of Polish church records 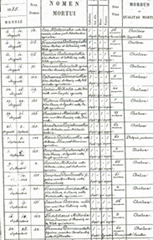 . The birth, marriage and death records were written in Latin and difficult to read. Thank goodness for four years of high school Latin! We were looking for a death in 1850 and finally found the entry. It was for a child. I noticed the entire page on the record was filled with children who died on the same day. The register listed the cause of death- all of these children had died of cholera.

We have a patron who started coming to do research about a month ago. She is a young attorney of Jamaican ancestry and has been able to trace her family back several generations from the Jamaican parish records which we hold. She has been very emotional as she has found records of these people.

We had a man come in this week searching for a marriage that took place for his ancestor in India. We were able to find the person on the index to parish registers for India in FamilySearch and had the film for him to look at to see the entry in the parish register. We have many people come to see records of births, marriages and deaths that were recorded in India for British subjects, particularly those in the military.

Most of our patrons are very computer literate but the other day we had a gentleman who did not know what a mouse was. He was a challenge to help because someone had to be with him every moment. Most people are so willing to learn but there have been a few who refuse to get on the computer. I am amazed at the number of older people who have learned how to use the computer in order to do family research. I mentioned in another blog about the grandmother who brought 2 granddaughters to help her.

A gentleman came up to us in The National Archives  cafeteria as Ken and I were eating lunch. He said that he noticed our missionary badges, knew that we were Mormon and asked if he could sit at our table and talk with us while we ate. He was from the Republic of Ireland and was at TNA doing some research. He began by asking if we knew that family history work was addictive. We answered that we certainly did. He went on to tell us about his great grandfather who had lived in Cork and had been a spy for the British. He had found records confirming this and was excited to talk with someone about what he had found. It was a very interesting conversation.

We learn from our patrons. One, a professional genealogist has been helping me understand how the boundaries of London have changed over time. When we are helping patrons search for ancestors who lived in London, it’s helpful to understand what constitutes London. Presently, England is divided into 48 counties often called shires. London today, known as the county of Greater London, was created in 1965 and includes parts of the historical county of Middlesex, which no longer exists as a county, the City of London and parts Surrey, Kent, Essex and  Hertfordshire. 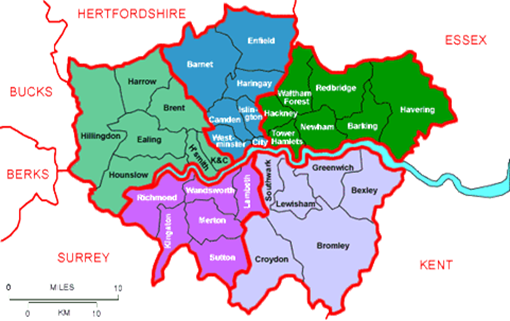 Greater London is the colored area on the map. There are 32 boroughs within Greater London. The boroughs are the local authorities that take care of schools, roads and other services. We live in the Royal Borough of Kensington and Chelsea (K&C on the map). The National Archives where we work is in Richmond. The North London Ward where we attend church is in Barnet. Westminster Abbey is in the City of Westminster and St Paul's Cathedral is in the City.

Each borough has many parishes which all keep their own records. Our London Family History Centre Catalogue Has a listing of all the parishes in the City of London. http://www.londonfhc.org/content/catalogue?c=1981&p=England,England,London

The greater London parishes are under the listings for Middlesex, Kent, Surrey and Hertfordshire. http://www.londonfhc.org/content/catalogue?p=England,England

Succession in the Monarchy

I finished reading a biography of Queen Victoria. She was the Queen of England from 1837 until she died in 1901. Vi 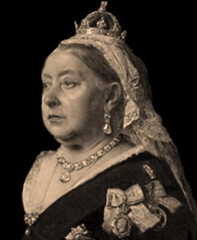 ctoria was the daughter of Prince Edward, the fourth son of King George III. George III was King of England during the American Revolution. Both Victoria’s father and grandfather died in 1820 and since her grandfather’s brothers died without ‘surviving legitimate issue’, Victoria became Queen at age 18 on the death of her uncle, William IV . She would not have become queen if there had been a male family member who was eligible. 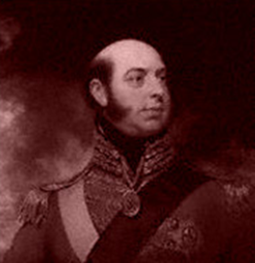 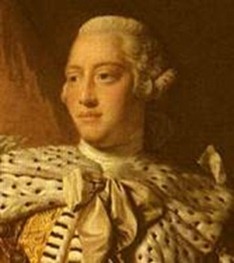 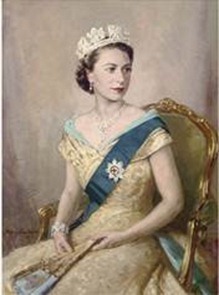 This was also the case with Queen Elizabeth II. Because her father George VI, had no sons, she became the monarch.

· A person is always immediately followed in the succession by his or her own legitimate descendants (his or her "line").

· The monarch must be a Protestant at time of accession, and enter into communion with the Church of England after accession.

· A person born to parents who are not married to each other at the time of birth is not included in the line of succession. The subsequent marriage of the parents does not alter this.

This all changed 29 October 2011, when the leaders of the 16 Commonwealth countries that recognize Queen Elizabeth II as head of state, agreed that sons and daughters of any future United Kingdom monarch will have equal right to the throne.

This changes the male precedence in the order of succession and allows a firstborn daughter to ascend the throne even if she has younger brothers.

The changes will have no impact on the existing line of succession. The current heir to the throne, Prince Charles, will keep that position, and is in any case the oldest child of his parents, Queen Elizabeth II and Prince Philip. The second in line to the throne is his firstborn child, Prince William. The new succession rule will come into play with William and Kate’s children. If they have a daughter first, she will likely be the future Queen of England.

The ban on the monarch being married to a Roman Catholic was also lifted. This has been in affect for over 500 years since Henry VIII broke with the Roman Catholic Church in order to divorce Katherine of Argon and to marry Anne Boleyn. Henry VIII became the Supreme Head of the Church of England. 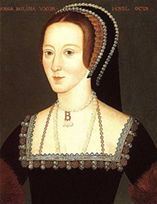 One article I read made an interesting point. Victoria (Vicky), eldest daughter of Queen Victoria, married Prince Frederick of Prussia, and their eldest son became Kaiser Wilhelm II of Germany. If Vicky had ascended the throne on the death of her mother, Queen Victoria, there might have been some interesting changes in world history.

Vicki’s son, Kaiser Wilhelm II, would have been King William V of England as well as the German Emperor and King of Prussia. Maybe the first and second world wars wouldn’t have happened! 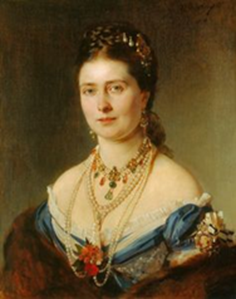 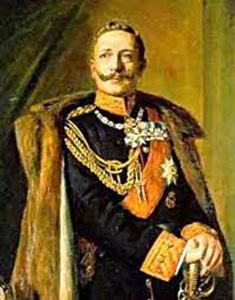 Christmas decorations are appearing all over London as well as in the Fugal flat. 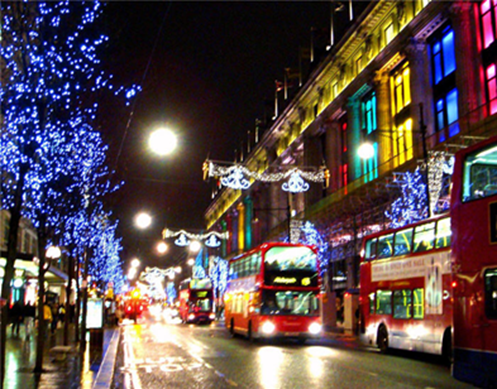 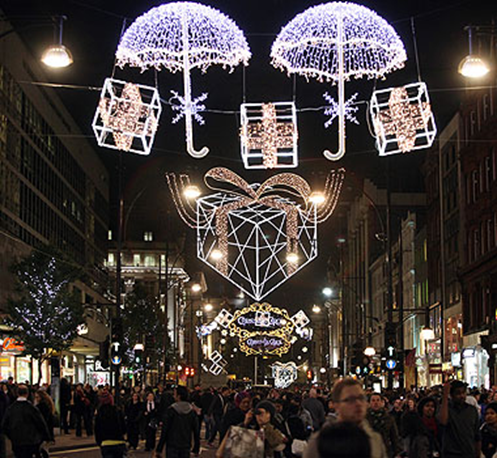 I discovered a newly opened Christmas store up the street on Fulham Road and I decorated a wreath with London decorations that I’ve been collecting. 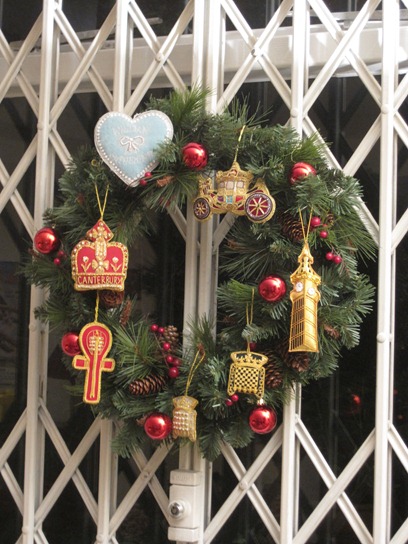 My favorite decoration is the black London cab with presents on the top that I have sitting on the mantle. 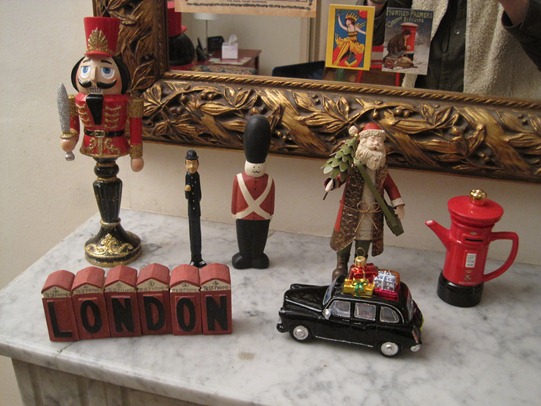 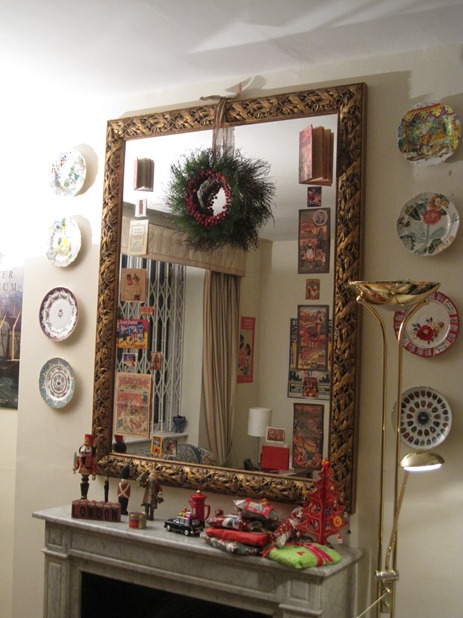 We have even received a few gifts from home that are sitting under the tiny red tree on the mantle.

Baby Landon is doing well and will be blessed December 4. 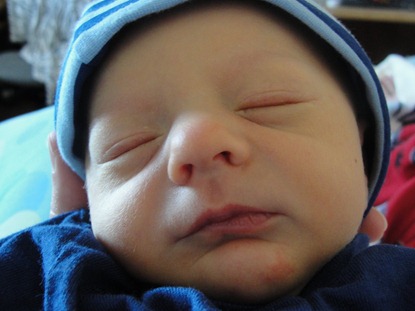 Congratulations to our grandson Matthew who was awarded his black belt in Taekwondo. We are proud of you Matthew! 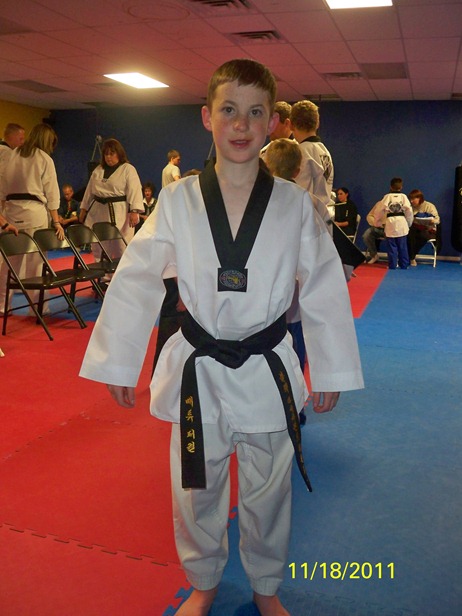 Happy Birthday to our Granddaughters Emily and Elizabeth who turn 8 years old on December 4! We love you sweet girls! 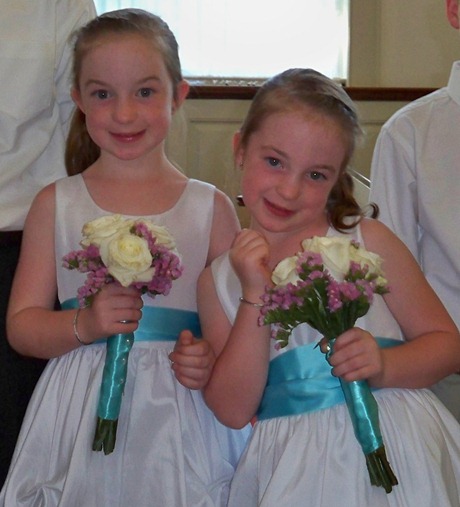 This morning it was foggy in London. When we got out of Church at 1:00 and were walking towards the bus stop I took this picture of the sun which is now very low in the horizon. 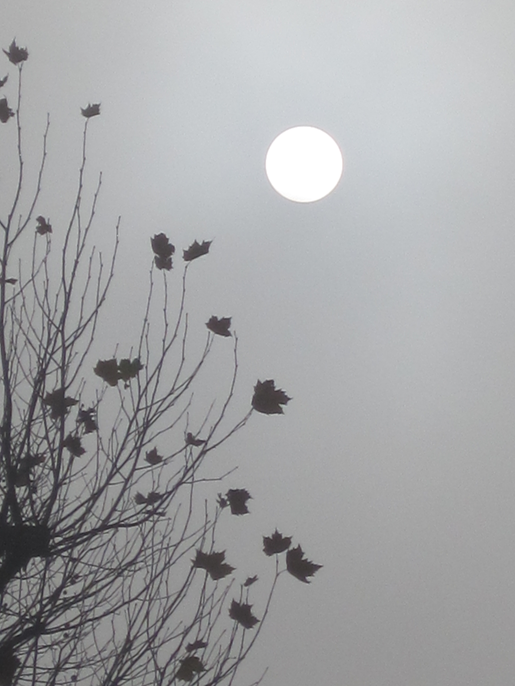 We have been on our mission for almost 11 months. We are missing our family like mad but are having wonderful experiences doing the work we’ve been called to do.

Our love to all!
Love, Elder and Sister Fugal (aka Cheryl and Ken, Mom and Dad, Grandma and Grandpa)